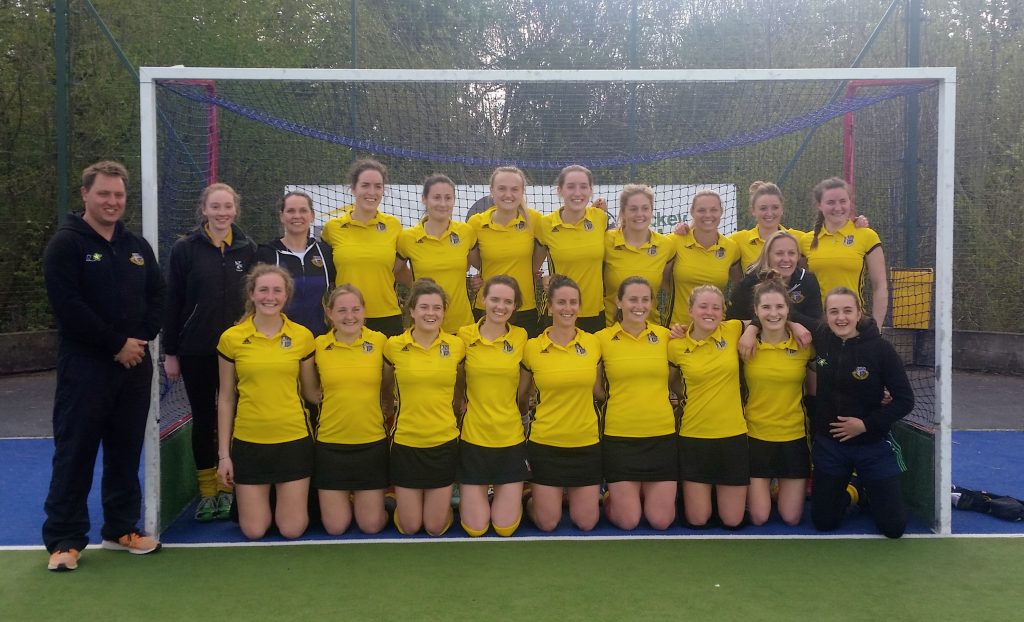 What a way to end the season!
Our Womens 1s made the trip up north to face Belfast Harlequins in a game that would determine their 2018/2019 season; the sun was out so supporters were happy but nerves were taut! A win would secure their place in next years EYHL competition but anything less would leave them depending on other results going their way; they duly delivered! A great run by Gill Pinder in centre field led to 3 quick transfers and a crash ball into the circle that was finished by Aisling Naughton in the 4th minute. Quins tried to fight their way back into the game but there was no way past Iseult Cambay who had a fantastic game between the posts. A well deserved victory secured 8th place in the league and the guarantee of EYHL 2018/2019. Well done girls!

Meanwhile, the Mens 1s had a fight of their own back in Serpentine Avenue. They earned a nail-biting 4-3 victory against Cork C of I to finish 4th in the EY League and secure a place in the EY Champions Trophy. Anything less than a win would have seen them pipped at the post by Banbridge but Pembroke held on against a determined Cork side and they now face Glenanne in the semi-final of the Champions Trophy next Saturday. Game starts at 3pm so see you there!
Hookhockey-EY Champions Trophy qualification