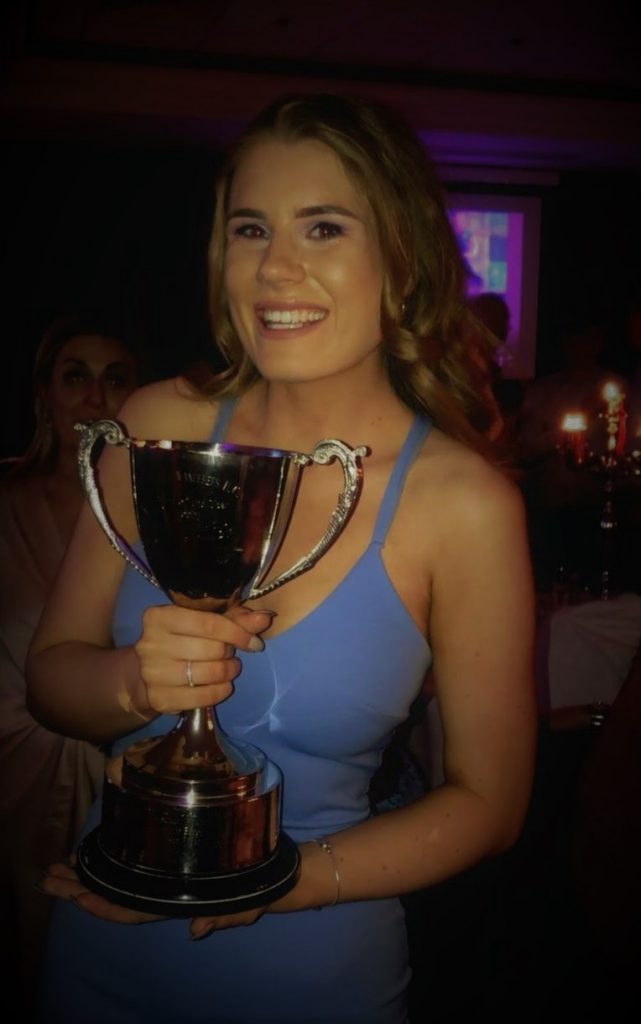 Congratulations to our Mens and Womens Club Captains on a fantastic end of season Club Dinner!

The 2017/2018 season ended in style last Saturday when over 150 people gathered in the Hilton hotel to highlight the efforts of all our players over the last few months and to celebrate the start of a summer break.

Many thanks to Chloe Halpenny and her Social Committee for all their work in organising this event. Thanks also to Club Captains Ciara Hughes and Derek Hennessy who signed off on a long season by introducing all the team captains who then went on to present Players Player awards to raucous approval.

A special note of thanks goes to the legendary Bertie Buttimer who presented his inaugural award for Mens top goal scorer; Alan Sothern was a worthy recipient with a goal tally that exceeded anyone else in the country!

On the women’s side, Aisling Schutte won the Agnes Lewis award for Womens top goal scorer and the Batt bowl was awarded to the 2nds for highest goal tally in league competition.

The awards were rounded off with presentation of the Linda Ryan Club Person of the year award. This is presented by the Executive Committee to a person they feel has contributed to the club in an exceptional manner over the season.

Our recipient this year is the epitome of volunteerism and eternal good will towards Pembroke Wanderers, a club she has been a member of since the day she was born. Aside from her enduring sideline support for all the teams, no favour or request was too much and we are very grateful to her for all her efforts both on and off the pitch this season.