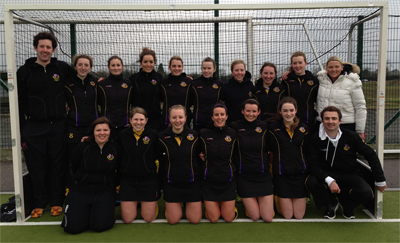 We headed out to a very cold, grey North Kildare to play our last game of the season, knowing that a win would secure us 6th place. Chris impressively managed to be there before anybody else, a first for him this season!! After waiting what seemed like forever in the ‘ice-box’ changing rooms for Chris to come back from scabbing off the North Kildare Supporters Lunch we were ready to hit the pitch and take it to North Kildare.

Our first half didn’t quite go as planned with a good few circle penetrations but nothing to show for it. North Kildare caught us on the break a few times but nothing our defensive line couldn’t handle. Fiona O’Donovan and Rachel Scott picked out some nice long balls but were missed by inches by the forward line. Half-time couldn’t come quick enough, we needed a serious re-group and some inspiration words from Chris. 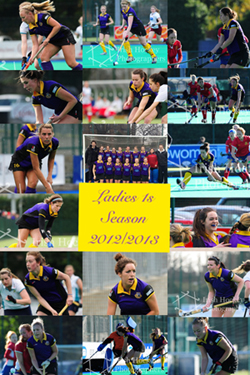 The way things were looking N Kildare would have been happy with a draw but we wanted nothing less than a win and came out guns blazing in the second half. It didn’t take long for us to gather a bit of moment.

A nice break up the wing by Anna O’Neill, she laid of the ball to Scotty who crashed the ball to a waiting Rachel O’Brien who cooly placed the ball into the bottom left hand corner. Her first Div 1 goal took her by surprise and didn’t realise what had happened until jumped on by Jilly!!!

We were looking on top of the game, that was until the umpires decided they were bored and started a bit of a card fest. With Maebh, Katie and Jilly all feeling the green love but also joined by NK players. Keeping composed when down to 10, NK put the pressure on and seemed to ghost at times through the middle. They managed to win a short corner by being ‘tripped’ in the 25 which was luckily reversed due to Pillows constant hassling!

One ghost too many had Jilly tracking back to steal the ball at our 25 and make a break up the wing and trying to chip the ball to Sorcha Clarke in the D resulted in a long corner. Putting the pressure on from here resulted in two short Corners and NK down to 8. Unable to convert we had all the pressure until the final whistle was blown.

We would like to thank everyone for their continued support throughout the year, see you next season!!!! 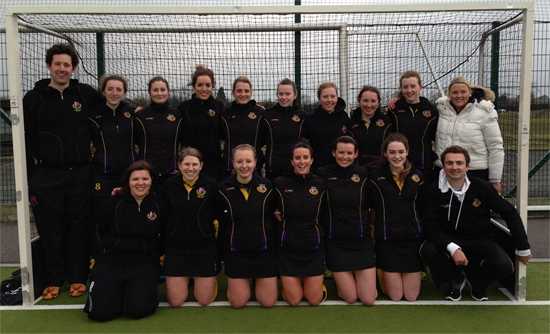