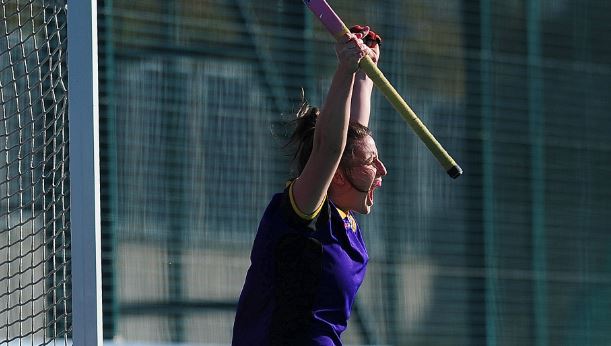 The Ladies 1sts had a crucial victory against Trinity on Saturday, reversing the score from their pre-Christmas encounter, to win it 1-0 and go into a secure 6th place in the league table standings. A long-awaited ‘complete’ performance from the side saw them break a few hearts close to their own with a malicious intent only excusable in sport.

However, it was not made easy by a frustrating failure to convert early chances and penalty corners, eventually culminating in a penalty stroke, which would have put Pembroke into a deserved lead, only to be fluffed by Claire Picard for an easy save by the Trinity keeper…those pesky worms at it again! The sides finished scoreless at the break, but the stats were stacked in Pembroke’s favour, aided by a number of sin-binnings for the college side.

Maebh Horan dominated the centre of the pitch with measured control, in the highly anticipated mid-field battle with younger sister Eanna, the former taking advantage of a spell in the bin for some Horan-style ‘body-weight transference’ (Crawford et al.) by the latter onto the unsuspecting Spudsy Scotty. Trinity posed a threat on the counter, with some speedy breaks by Anna-May Whelan and former Pembroke player Alice Ward, but the defense held strong, marshalled by the ever-commandeering Ailbhe Coyle and her beautiful assistant Claire Mulcahy. 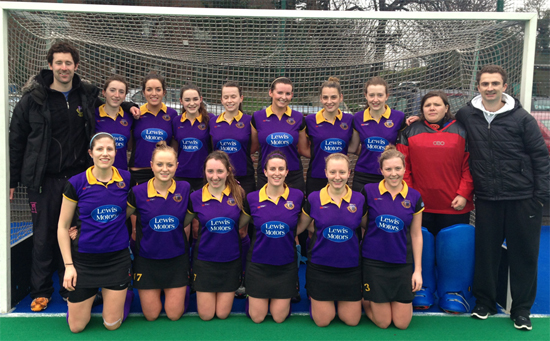 In the second half, Captain Jilly Collins led from the front, and came close a couple of times early on, with a close range reverse effort just wide. Moments later she made sure of it, with a diving finish to some slick Sophie Marshall skills on the base-line, which was unselfishly passed on by Sharon Carey for the all-important finish.

With their tails up, Pembroke went in search of more goals. But with Ailbhe in the bold-corner, the calls from the bench were to protect the lead, however slim. A couple of corners with ten minutes to go gifted the perfect opportunity to seal the deal, but Rachel Scott’s trademark tribal call celebration from her left switch cracker was somewhat premature, as the ball was adjudged to have taken a deflection downwards onto the backboard.

Some tight ball control from Nadia Douglas in the corner whittled away the seconds on the clock, and the solitary goal would have to suffice, as everyone breathed a collective sigh of relief on the final whistle.

A blooding of sorts for youngster Rachel O’Brien midweek (black eye and battered thumb), saw the Andrew’s student pull out a man-of-the-match performance, showing composure and maturity on the ball beyond her years.

There was great support from the balcony and a packed club house for the last home game – thanks to everyone who came down! The girls face North Kildare away at the Maws in their final game on the 23rd of March, a victory from which would guarantee 6th place and best of the ‘bottom-halfers’.