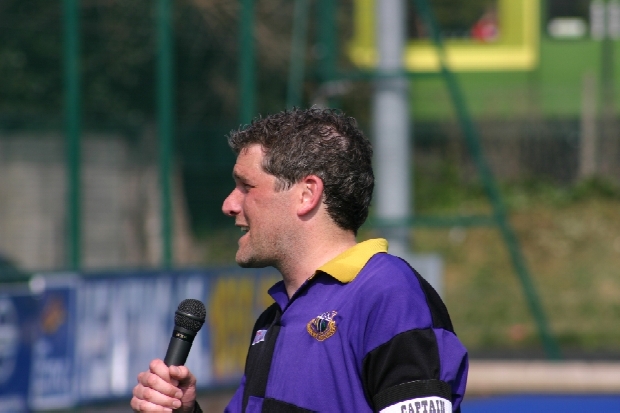 If winning wasn’t important, why do we keep score?!

Having been asked to write a small piece on last season, it could be a very easy task, as after losing the first game 5-1 to Three Rock, we quite simply won everything! The League, League Cup, Top 4 and Irish Junior Cup. We broke all sorts of records; we were unbeaten at home, only conceding 5 goals there all season. The season was much more than that, the team and every player and person involved contributed to so many memories.

It all started with Duncan, Peter and I having a few pints and a plan was hatched, simply put “to win everything!” We had lost to Annadale in the semi final of the IJC last year and it was the worst feeling in the world. We were pretty certain a clean sweep had never been done before, so that was the plan. The previous season we were missing something, and then he appeared, with a scarf around his neck and long José coat, the man that changed the fortunes of us all on the 2nd’s. Kenneth Treacy, became coach after circumstances that upset everyone as much as Kenneth himself, he was forced to give up playing. However, add in Rod O’Connor and we had a management team as good as any in Div 1 let alone Div 3.

Crucial moments of the season

The 1-0 win over Railway at home, such an important goal scored but Steven Stewart and saved our blushes on a day when most of us couldn’t hit a barn door.

The 3-1 win over TRR at home on a cold Thursday night, when everything was against us, including not having any umpires. That game decided the league title.

Beating Cork C of I in the Irish Junior Cup Semi-finals. With the pressure of flicks looming, Ronan Flannery beat a defender following a surging run, drew the Keeper, and slipped to the ball to Maurice Elliot who slotted the ball over the line. Simply Brilliant!

The IJC Final for me was my proudest moment on a hockey pitch, lifting that cup in front of my Mum and Dad (love you guys). The week’s preparation beforehand was immense, a few of us had been in Irish Finals before but most hadn’t, Ken and Rod had everything covered, from the mental side to the training times. The warm up was taken by Duncan McKeen (his new yoga video is available at the bar) and we found ourselves on the pitch almost 20mins before we even saw the opposition. The game itself was won in the first 15mins, with 3 quick fire goals. Ken Twomey summed up his intentions in the first few minutes crashing home a goal against his old rivals from Cork.

Then two goals taken so calmly that it was like a training night, one by Byron Dunne nearly broke the side-board from a neatly worked short corner. The other scored by Craig Wilson, ripped the top corner of the net, leaving the keeper, sprawled on the pitch like a fish on dry land. Quinn’s threw everything at us in the second half, but there was no way we were giving this up. Man of the Match Wiggy “The Legend that Lives” quashed any idea’s they had, and thus they were sent back to Cork empty handed.

The icing on the cake was winning the Railway Cup Final at Pembroke, against arguably the only side in Leinster to push us, Monkstown. Another fantastic game; they always are between us.

Saddest moments of the year

The loss to another club of certainly one of the best goalies in Ireland, Steven Doran, he made so many game winning saves. There is no way we would have won everything without him. Although I won’t miss the teddies out the pram once a month, I will miss the hugs (he knows what I mean).

Obviously Ken Twomey heading to England leaves massive boots to be filled in Center Mid, (no pressure Rowan Pearson). Stephen Smyth has left for a sunnier climate (who can blame him), he tried so hard all season to get his goal, sorry you didn’t matey. Steven Stewart retired from 2nd’s and will grace the front line of the 3rd’s.

A huge factor for the 2nd’s is our team spirit, it was and is a family, we’d not only drink in the bar with each other after games but also meet during the week, we aren’t just a group of people playing hockey, we are mates, playing a sport we love, at a club we not only love but that means a great deal to all of us. Long may it continue.

To the leavers; all the best lads and don’t forget what we did, we made history, that will never be forgotten. “Stand up, if you’ve won four Cups!”

To the squad this season, only success and glory await, the benchmark has been set, it’s time to raise it once again. Remember you’re not selected to lose. 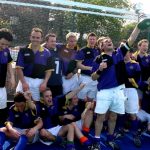 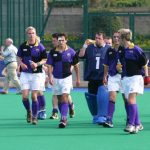 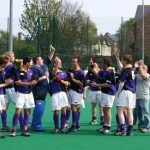 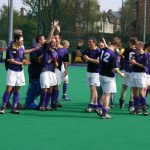 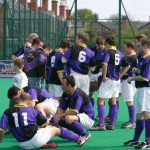 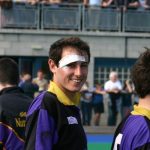 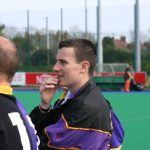 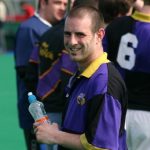 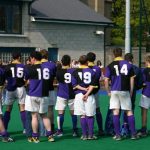 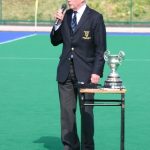 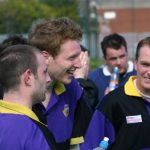 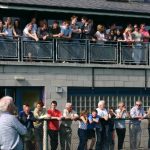 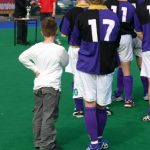 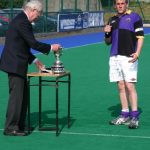 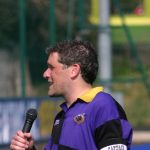 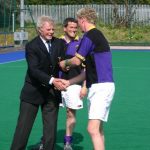 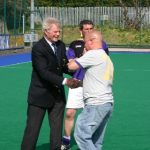 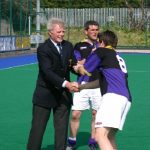 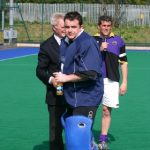 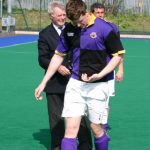 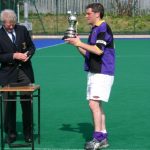 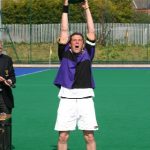 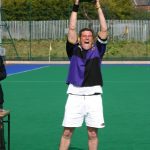 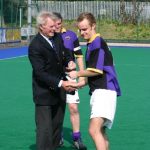