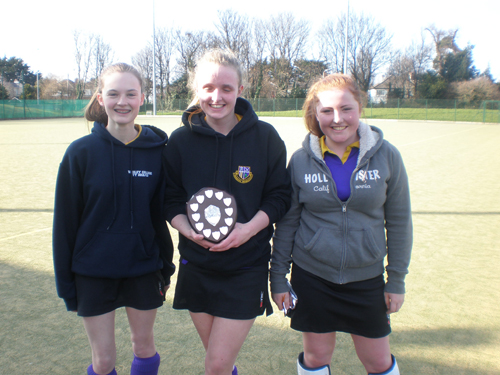 [vc_row][vc_column][vc_column_text]On Sunday 3 March, Our Ladys, Terenure hosted the final of the Junior D Plate played between Pembroke U16 Green team and Our Lady\’s, Terenure. Pembroke had played their opponents earlier in the season and won by the narrowest of margins.

The team were a bit concerned as to how they would perform on the sand-based pitch but were determined to try and keep errors to a minimum putting pressure on their opponents and forcing them to make errors. Captain and centre-midfield Laura Curtis, centre-forward Alannah Quinlan and centre-back Rebekah Waters set the tone early on and were to prove dominant in the vital central core area throughout the whole match. 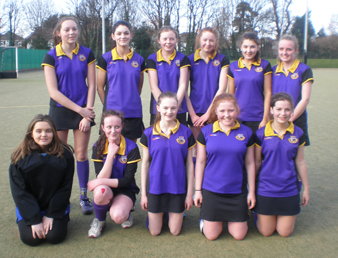 On five minutes Alannah forced her way into the circle and hit just narrowly wide of the left-hand post. When the opposition did get the ball to the flanks, Sarah Donnelly and Sarah Kilroy playing at left and right back respectively, closed down their opponents and either succeeded in winning line hits or managed to dispossess them and get passes to midfielders Katie McKiernan and Karla Lacken to set-up counter attacks.

The first goal scored was always going to be important as it would help build team confidence and settle things down. Pembroke scored the vital goal midway through the first half and was the product of good right-hand attacking team interplay. Laura won a free around the opposition 23 metre line, took a quick self-pass before passing to Katie supporting her on her right. Katie in turn passed to Alison Smith who entered the circle at pace, getting to the end line and finding Alannah moving towards the near post who deflected the ball to the far post where Heather Wolfe calmly finished off the move scoring the opening goal.

Pembroke did not let up the pressure and both Katie and Karla went close to scoring before half-time. With Pembroke becoming dominant in most areas of the pitch Our Lady\’s tried to use through passes into the left and right-hand channels. Iseult O\’Kelly playing at sweeper put in a player of the match performance by reading situations quickly and acting so incisively she not only eliminated the danger but provided the platform for dangerous counter attacks.

After half-time Sarah Kilroy moved to left-midfield with Karla, who had picked up a slight injury, moving to left back. Sarah\’s work rate was terrific, pinning back her opponent to a confined area near their 23 metre area for long periods of the 2nd half, leaving Karla comfortably dealing with anything from her new position. Alison, Alannah, Katie, Laura and Heather all continued to ask questions of Our Lady\’s defence.

The second goal of the game was again the result of Pembroke pressure. Although there was an element of good fortune about it, it was the product of quick thinking and action by Pembroke. Our Lady\’s conceded a free on the left-hand edge of the circle from some good combined pressure by Sarah Kilroy and Heather. Laura took a quick self-pass, moved the ball the requisite five metres before crashing it across the face of the goal which was deflected in by the unfortunate Our Lady\’s defender under pressure from Alannah for an own goal.

Our Lady\’s kept competing and started to make brief forays into the Pembroke 23 metre area which resulted in a couple of circle entries. Rebekah though was solid in defence and dealt with the attacks in a very composed manner aided by the irrepressible Iseult. When the ball got through the cover defence, Ali Pierse in goal kept her concentration level high and cleared the danger.

Over the season the players have built up a great team spirit and this was evident in their work rate for each other. Alannah with her constant threat when in possession of the ball, Laura with her tireless work in midfield creating forward momentum for her team-mates time and again, Heather with her determined running making life difficult for her opponent (in one incident she chased down a ball from well over 30 metres to win a short corner), all came close to getting player of the match nomination.

The final result was a 2-0 win for Pembroke. The team have created their own piece of history by being the first winners of the Leinster Girls Junior D Plate.

Unfortunately Sally MacCann, Sophie Rhatigan-Walsh and Naomi Fox who all contributed to the team\’s efforts over the season were unable to play in the final due to injury/illness.

Thanks to…..
Nicola Elliott of Our Lady\’s for hosting the final and providing refreshments afterwards
Bruce Curtis for umpiring and coaching throughout the season 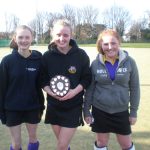 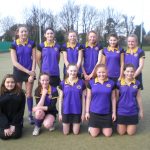 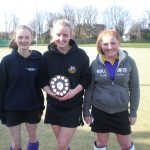 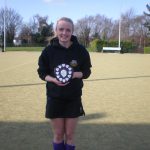 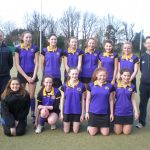